Questions Concerning the State of the Dead

The questions and answers in this section are for those who desire to know the truth concerning the dead. Are some in heaven? Are some burning in hell? Is there a purgatory or some type of intermediate state where souls go to live, commonly called a “spirit world”?

Make no mistake about it, the Bible does say that some people who have lived on this earth are enjoying the majesty of the heavenly kingdom. First there was Enoch “who was translated that he should not see death” (Genesis 6:22-24; Hebrews 11:5). The prophet Elijah also experienced a translation without seeing death (2 Kings 2:11). Then there was Moses who died and was resurrected (Deuteronomy 34:5-7; Jude 9). Both Moses and Elijah appeared to Jesus’ disciples (Matthew 17:1-3). The Bible even says that at Jesus’ resurrection “the graves were opened; and many bodies of the saints which slept [were dead] arose, and came out of the grave ... and appeared unto many” (Matthew 27:52,53). Paul says that Christ and these people became “the firstfruits of them that slept” (1 Corinthians 15:20). Matthew says it was only “many bodies” that arose from the graves. This means that not all who had died arose. But where are the ones who have not risen? Job asked this same question:

The truth of what happens at death is of vital importance to those of us interested in the character of God. Scripture teaches that only one Being in all the universe possesses immortality:

“Now unto the King (God) eternal, immortal, invisible, the only wise God, be honour and glory forever and ever. Amen.” (1 Timothy 1:17)

“I give thee charge in the sight of God, who quickeneth all things … Who only hath immortality, dwelling in the light which no man can approach unto; whom no man hath seen, nor can see: to whom be honour and power everlasting. Amen.” (1 Timothy 6:13, 16)

It is God, and God alone, who possesses true immortality. When the Bible tells us that, all those who have accepted Jesus, will “put on immortality” at Jesus’ second coming (1 Corinthians 15:51-54), it is not saying that we will possess immortality of ourselves, but that we will “put on” immortality that only God can give. None of us possess life in of ourselves. God had clearly told Adam and Eve, “in the day that you eat [of the forbidden tree], you shall surely die” (Genesis 2:17). However, the great lie at the tree in the garden was from Satan who said:

“Ye shall not surely die: For God doth know that in the day ye eat thereof, then your eyes shall be opened, and ye shall be as gods, knowing good and evil.” (Genesis 3:4, 5)

Satan’s lie to Eve suggested that we can sin and still live eternally. In other words, our life is not founded upon God’s sustaining power and influence as the Source of all life, but upon our own inherent design. Getting mankind to believe this lie was paramount for Satan; for it causes us to misinterpret God’s words.

With these words (“you shall not surely die”) the Serpent has opposed the words of God by calling God a liar. God had explained to Adam and Eve that they were dependent upon Him for Life, therefore to turn away from their source of life would naturally cause their life to end as they had no life in themselves (Genesis 2:9, 16, 17). Satan, by saying that they would not die, perverted the words of God and made it appear that they wouldn’t die of natural causes. If they were to die it would be because God Himself would remove the life which they had now been caused to believe was inherently in them.

Because Adam and Eve now believed that life came from somewhere other than God, for God’s word to come true (“in the day that you eat, you shall surely die”) would mean God would have to exterminate their life by active force, in other words, killing them. This lie of the Serpent would cause mankind to mistrust the words of God and cause them to see Him as a tyrant. The Serpent continues his stealthy attack:

“For God doth know that in the day ye eat thereof, then your eyes shall be opened, and ye shall be as gods, knowing good and evil.” (Genesis 3:5)

These words now suggest that God is holding something back from the married pair which would actually be for their good and positive development, thereby further distorting the view of God’s character. Having believed the lie that they can live disconnected from God, it suggests a motive for why God would kill them for disobeying Him – God doesn’t want them to “be as gods.”

The story goes on to reveal that the lies told by the Serpent had the desired effect of convincing Eve to eat of the fruit from which she was bidden not to eat. Amazingly nothing happened. What the Serpent had said appeared to be true! She did not drop dead as she supposed would happen.

The Hebrew, which is the original language of the Old Testament, provides some wonderful insight into the phrase "for in the day that thou eatest thereof thou shalt surely die." (Genesis 2:17). Another method of translating this would be: "in the day that you eat thereof, dying you will ultimately die." God never suggested that Adam and Eve would drop dead when they ate of the fruit, but that on the day of their eating the irrevocable process of dying would begin which would ultimately end with death.

As you can see, it is no wonder that the doctrine of the naturally immortal soul and the doctrine that God kills go hand in hand. If we possess a naturally immortal soul, then someone outside of us (God) has to kill us for sinning in order to fulfill the words that “the wages of sin is death” (Romans 6:23). Killing the unrepentant sinner is therefore seen as God’s justice, when in fact the death of the sinner is the natural consequence of our own choices made. God’s justice then is allowing us to step away from Him (the Source of life), permitting us to reap what we ourselves have sown. It is not God who kills the sinner, but the actual sin working in us like a disease; for “sin, when it is finished, bringeth forth death” (James 1:15).

Portions of this introduction are from pages 9 and 10 of the book, Faith Journey by Ruben Olschewsky. 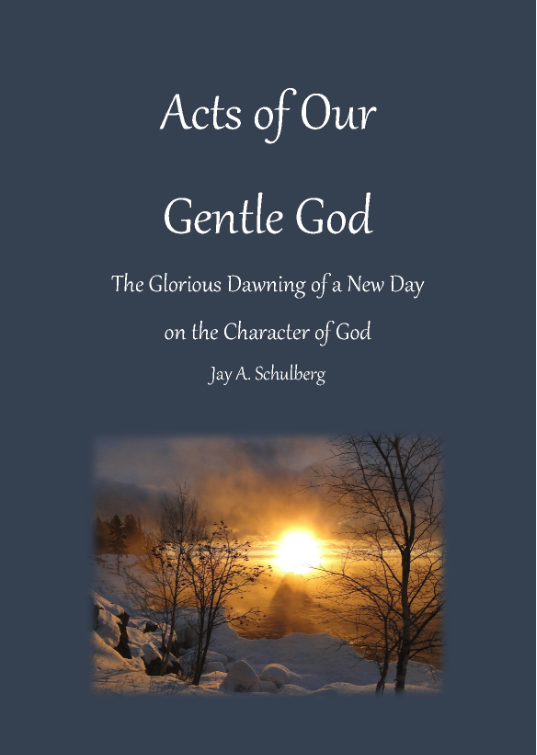