“And it came to pass, that the beggar [Lazarus] died, and was carried by the angels into Abraham's bosom: the rich man also died, and was  buried; And in hell he lift up his eyes, being in torments, and seeth Abraham afar off, and Lazarus in his bosom.” - Luke 16:22, 23.

In the parable of the rich man and Lazarus, Jesus says a beggar, named Lazarus, was “carried by the angels into Abraham’s bosom.” The phrase “Abraham’s bosom” is a Jewish metaphor meaning to be in repose and happiness with him.

“It was also considered by the Jews of old a mark of special honour and favour for one to be allowed to lie in the bosom of the master of the feast (cf. John 13:23), and it is by this illustration that they pictured the next world. They conceived of the reward of the righteous dead as a sharing in a banquet given by Abraham, ‘the father of the faithful’ (cf. Matthew 8:11), and of the highest form of that reward as lying in ‘Abraham’s Bosom.’” (Wikipedia)

Jesus is using this Jewish-made metaphor to illustrate a divine truth. In the story, angels carry Lazarus into Abraham’s bosom right at death. However, Jesus corrects that view in Matthew 24 where He says the angels do not gather the believers until His second coming, not at death (Matthew 24:29-31).

Jesus continues and says the rich man went to a place of burning at death. The King James Version says “hell.” The Greek word here is ᾍδης (hadés) and the Hebrew equivalent is שְׁאוֹל (sheol).

In Scripture, sheol always refers to a place of unconscious sleep in the grave:

“Whatsoever thy hand findeth to do, do it with thy might; for there is no work, nor device, nor knowledge, nor wisdom, in the grave (sheol), whither thou goest.” (Ecclesiastes 9:10)

“For the grave (sheol) cannot praise thee, death cannot celebrate thee: they that go down into the pit cannot hope for Thy truth. The living, the living, he shall praise thee, as I do this day: the father to the children shall make known thy truth.” (Isaiah 38:18, 19)

“For in death there is no remembrance of thee: in the grave (sheol) who shall give thee thanks?” (Psalm 6:5)

The Bible is clear that all who have died are unconscious:

"Put not your trust in princes, nor in the son of man, in whom there is no help. His breath goeth forth, he returneth to his earth; in that very day his thoughts perish.” (Psalm 146:2-4)

“In First Temple Judaism, Sheol in the Hebrew Old Testament, or Hades in the Septuagint [Greek Translation of the Hebrew Bible], is primarily a place of ‘silence’ to which all humans go. However, during [or just before] the exile in Babylon, ideas of activity of the dead in Sheol began to enter Judaism … Other early Jewish works adapt the Greek mythical picture of Hades to identify the righteous dead as being separated from the unrighteous in the fires by a river or chasm.” (Wikipedia)

So, because of their exile in Babylon and their mingling among the Greek philosophers, Babylonian ideas and Greek myths concerning the state of the dead began to enter Judaism. These myths were founded on the belief of a conscious state of the dead and the immortality of the soul. So again, we see that Jesus is using these preconceived opinions (errors) to present a theological truth. Therefore, the parable of the rich man and Lazarus is not teaching us what happens at death.

When thinking of death as a sleep, think of it like a computer which goes into sleep mode. It could be years later when it is brought out of sleep (resurrected),
but all the original software and memory will be there. It will just simply need an upgrade; "for this corruptable must put on incorruption, and this mortal must
put on immortality" (1 Corinthians 15:53)

What is the Parable Teaching Us?

At the beginning of the story, Jesus said:

“There was a certain rich man, which was clothed in purple and fine linen, and fared sumptuously every day: And there was a certain beggar named Lazarus, which was laid at his gate, full of sores, And desiring to be fed with the crumbs which fell from the rich man's table: moreover the dogs came and licked his sores.” (Luke 16:19-21)

To fully understand this parable, we must find out who the “rich man” and “the beggar” represent. Let’s begin with “the beggar.”

1. The Beggar: In Matthew 15 we read about a Gentile woman who came to Jesus and asked Him to heal her daughter (verse 22). According to the Jews’ preconceived ideas, a Gentile was unworthy to receive the blessings of God. This is made clear when the disciples told Jesus, “Send her away; for she crieth after us” (verse 23). After the Gentile woman kept begging for Jesus to help her, He finally said, “It is not meet [appropriate] to take the children's bread, and to cast it to dogs” (verse 26). Here, Jesus was saying that, through the minds of some of the self-righteous Jews, the Gentiles were considered to be worthless dogs. (Please see the article entitled, Did Jesus Call the Canaanite Woman a Dog? for more details on this). After this, the woman replied saying, “Truth, Lord: yet the dogs eat of the crumbs which fall from their master’s table” (verse 27).

2. The Rich Man: The rich man would obviously represent the Jews who were rich in spiritual blessing. Paul asked, “What advantage then hath the Jew?” His answer – “Much in every way: chiefly because that unto them were committed the oracles of God” (Romans 3:1, 2). It was the tribe of Judah, along with remnants of the tribes of Levi and Benjamin, who were the only ones who had returned after the Babylonian captivity out of all the twelve tribes of Israel. It is from this tribe where the name “Jews” comes from. The rest of the tribes who did not return were dispersed and became assimilated throughout all the nations (Gentiles) of the earth.

Scripture says that anyone who receives the blessings of God are spiritually rich:

“The lips of the righteous feed many: but fools die for want of wisdom. The blessing of the LORD, it maketh rich, and He addeth no sorrow with it.” (Proverbs 10:21, 22)

Because of their blessings, God promised the Jews He would, “hold thine hand, and will keep thee, and give thee for a covenant of the people, for a light of the Gentiles” (Isaiah 42:6). However, the Jewish leaders at that time became self-righteous and considered all others to be unworthy. While Jesus was on the earth, the Gentiles began to believe and have faith in the Hebrew Messiah and His righteousness. Because of this, Jesus told the unbelieving Jews, “I tell you the truth, corrupt tax collectors and prostitutes will get into the Kingdom of God before you do” (Matthew 21:31). This is just what happened in Jesus’ parable. The rich man was the one who went to “hell” and the beggar went to “Abraham’s bosom.”

Remember, the Greek word hadés transleted as "hell" here, is the equivalent to the Hebrew word sheol which, in the King James Version of the Bible, is translated as “grave” 31 times, “hell” 31 times, and “pit” 6 times. Biblically, "hell" and the "grave" are synonymous. The book of Revelation teaches us that in the end, "death and hell" are "cast into the lake of fire" (Revelation 20:14). So, hell is not a place of burning, it simply means the grave. However, Jesus continues to use the commonly preconceived opinion concerning the Greek-influenced concept and mythology of hell to show His main point. (Please see the article entitled, What Does the Bible Mean When it Says People Will “Go into Hell … Where Their Worm Dieth Not, and the Fire is not Quenched"? for more details on this).

Jesus said, while the rich man was in “hell,” he became a beggar begging Abraham to help him. Compare this to what Jesus told the Jewish leaders:

In truth, there is no communication between the dead and the living. As we read earlier: “they that go down into the pit cannot hope for thy truth” (Isaiah 38:18).

After the rich man realizes he no longer has an opportunity for eternal life, he begs Abraham to send Lazarus to his five brothers to “testify unto them, lest they also come into this place of torment” (Luke 16:27,28). Why five brothers? Quite possibly because Judah had five full-blooded brothers: Reuben, Simeon, Levi, Issachar, and Zebulun from Leah, his mother, linking the “five brothers” reference to the Kingdom of Judah – Jews.

Abraham’s reply was, “They have Moses and the prophets; let them hear them” (verse 29). Abraham told the rich man that there was no need of Lazarus coming from the grave to testify to his five brothers because they had “Moses and the prophets” which means they had the Scriptures (commonly called “the Old Testament” today). In other words, let the Scriptures testify to them of eternal life. The rich man’s reply was, “Nay, father Abraham: but if one went unto them from the dead, they will repent” (verse 30). Abraham then says, “If they hear not Moses and the prophets, neither will they be persuaded, though one rose from the dead” (verse 31).

The lesson here is, since the non-believing Jews were not persuaded that Jesus was the Messiah by the clear testimony and prophecies of the Scriptures (John 5:39), they still would not repent after they witness one rising from the grave by Jesus’ power. And this is just what happened. After Jesus raised the real Lazarus from the grave (John 11:43, 44), the non-believing Jews “took counsel together for to put Him (Jesus) to death” (verse 53).

Jesus had told His disciples to “Go not into the way of the Gentiles, and into any city of the Samaritans enter ye not: But go rather to the lost sheep of the house of Israel” (Matthew 10:5, 6). After Jesus’ death, the disciples labored largely for the unbelieving Jews to accept Jesus as their Messiah which correlates to the request of testifying to the rich man’s five living brothers. But like the parable predicted, most remained unconvinced and so Paul boldly stated:

“It was necessary that the word of God should first have been spoken to you: but seeing ye put it from you, and judge yourselves unworthy of everlasting life, lo, we turn to the Gentiles.” (Acts 13:46)

Not that the Gentiles replaced the Jews; for we know that "God hath not cast away His people which He foreknew" (Romans 11:2). But in seeing the blessings of God upon the Gentiles, the Jews would be pricked to the heart by the Gentiles' testimony and changed lives:

"I (Paul) say then, Have they (Jews) stumbled that they should fall? God forbid: but rather through their fall salvation has come unto the Gentiles, for to provoke them (Jews) to jealousy. Now if the fall of them be the riches of the world, and the diminishing of them the riches of the Gentiles; how much more their fulness? For I speak to you Gentiles, inasmuch as I am the apostle to the Gentiles, I magnify my ministry in the hope that I may somehow arouse my own people (Jews) to envy and save some of them." (Romans 11:11-14) 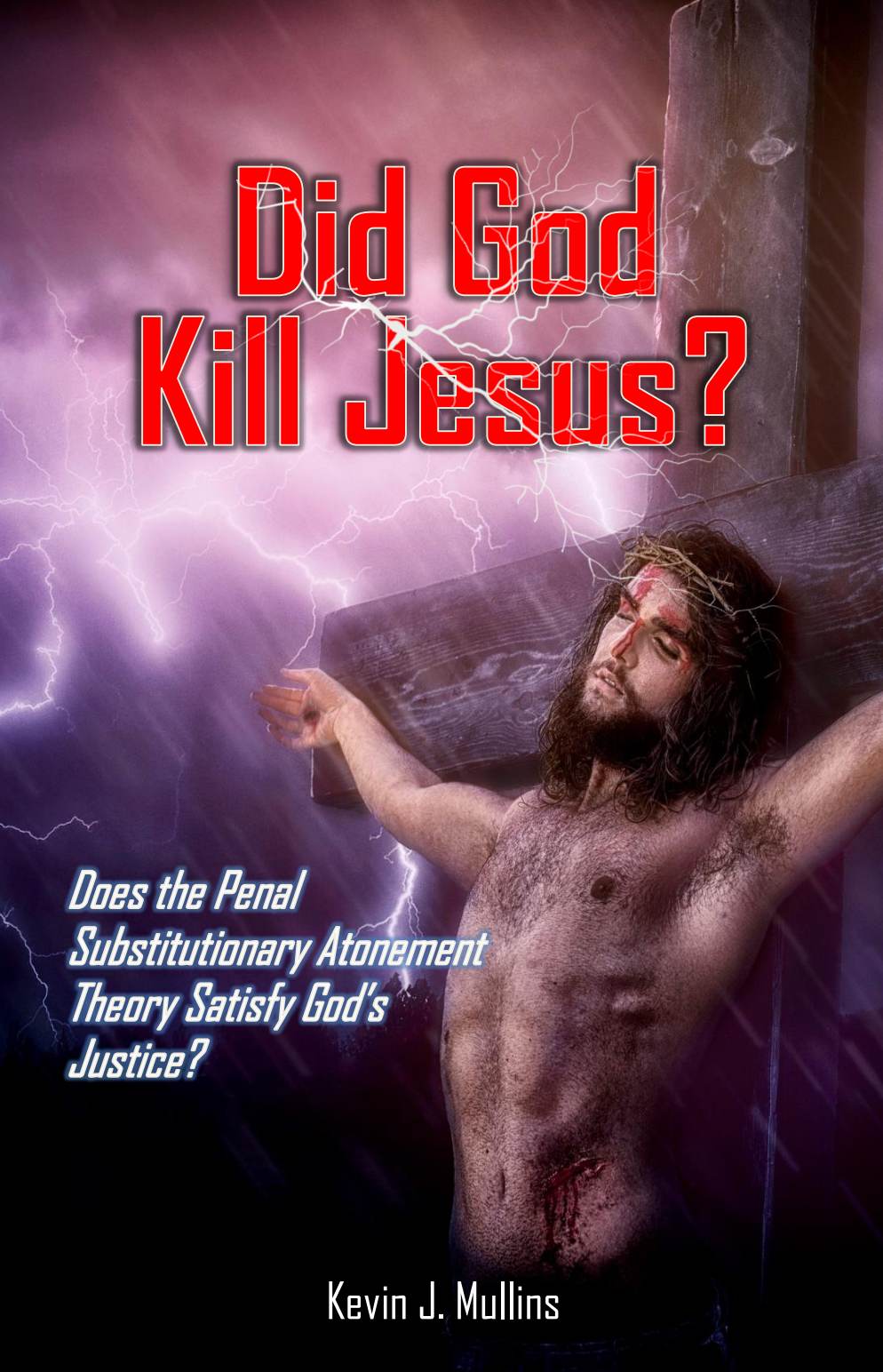