“If men strive, and hurt a woman with child, so that her fruit depart from her, and yet no mischief follow: he shall be surely punished, according as the woman's husband will lay upon him; and he shall pay as the judges determine. And if any mischief follow, then thou shalt give life for life, Eye for eye, tooth for tooth, hand for hand, foot for foot, Burning for burning, wound for wound, stripe for stripe.” (Exodus 21:22-25)

First, notice in the context of saying “an eye for an eye” God said, “he shall pay as the judges determine” (Verse 22). No one was permitted to go out and seek “justice” themselves. There must be an orderly judicial process where judges are involved.

Second, God did not speak of this concept as a prescription for justice, but more so of a limit upon the human application of it. There are many times in Scripture when God gave to people what they desired. This is actually defined as God’s wrath and anger (see the article entitled: What Is God’s Wrath? for a deeper understanding of this concept). Through the prophet Ezekiel God said: 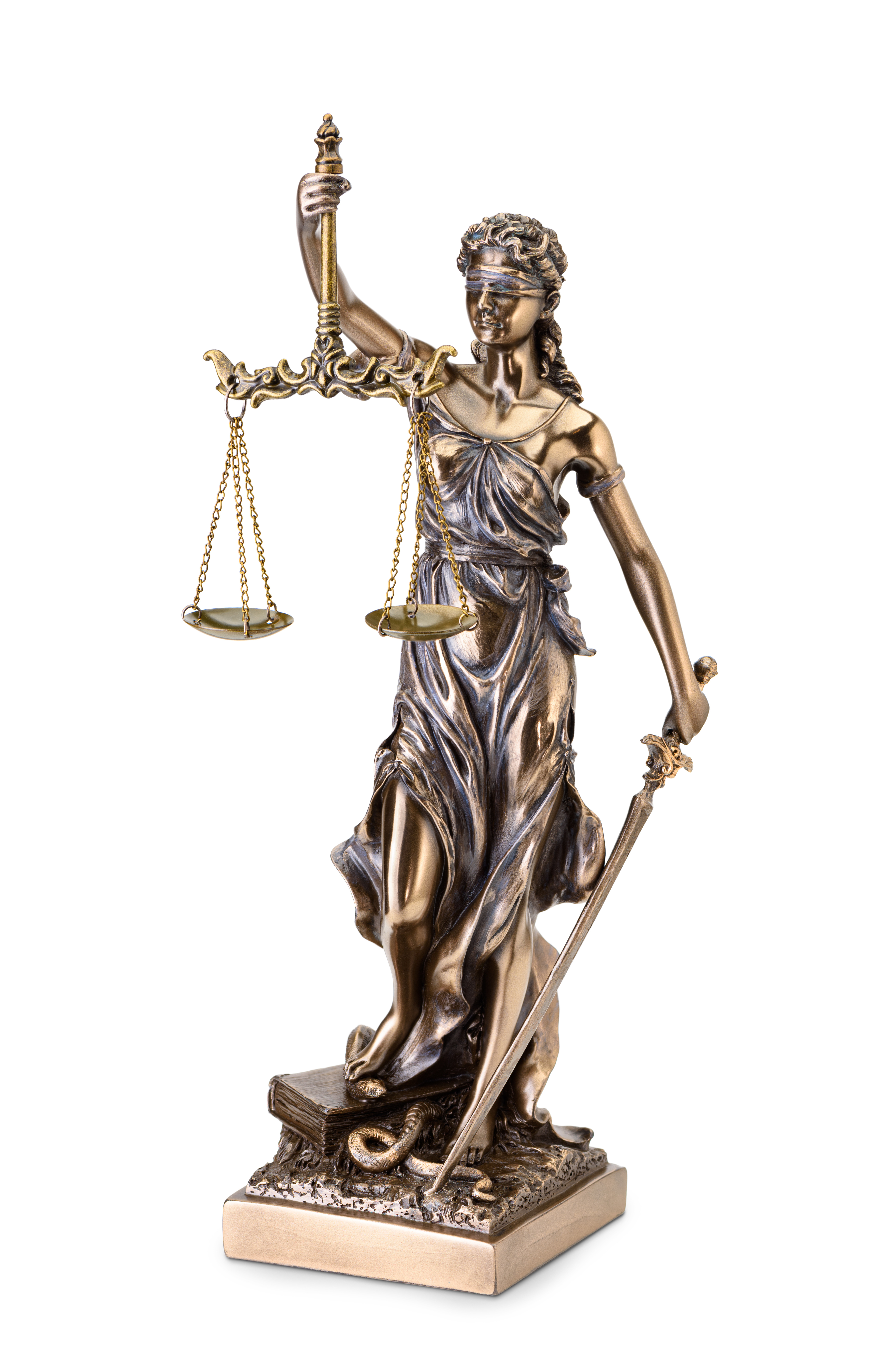 “Therefore speak unto them, and say unto them, Thus saith the Lord GOD; Every man of the house of Israel that setteth up his idols in his heart, and putteth the stumblingblock of his iniquity before his face, and cometh to the prophet; I the LORD will answer him that cometh according to the multitude of his idols; That I may take the house of Israel in their own heart, because they are all estranged from Me through their idols.” (Ezekiel 14:4, 5)

The people desired retributive justice in their own heart, and most-often this would be taken way too far. Even though God is against this form of justice, He understood their level of character being slaves in Egypt for many years, thus He accommodated them by setting limits. This concept is also spoken of in Ezekiel chapter 20:

“ … they had not executed My judgments, but had despised My statutes, profaned My Sabbaths, and their eyes were fixed on their fathers’ idols. Therefore I also gave them up to statutes that were not good, and judgments by which they could not live.” (Ezekiel 20:24, 25)

The statutes that He gave them up to were their own statutes! On his website characterofgod.org, Ray Foucher writes:

“The common idea of justice is something close to retribution. Retribution is expressed when someone says something like ‘I’ll get you for that.’ It implies inflicting equivalent or worse pain (physical, financial, to the reputation or otherwise) because the initial offender ‘deserves it.’ Anciently, if someone was injured by another and they killed in return that would be retribution. But the second injury (death) was often far more serious than the initial injury. Uncontrolled retributive justice often leads to escalation and things like family feuds that go on for many years such as the famous Hatfield and McCoy feud of the 1800s in Kentucky-West Virginia. Out-of-hand retributive justice is described by this quote: ‘An eye for an eye makes the whole world blind’ (Ghandi). It was in response to such attitudes that God gave the Israelites at Mount Sinai what amounted to limits on retribution. ‘An eye for eye’ essentially set a limit such that any retribution could not inflict worse injury than the one it was in response to. Retribution was the best God could expect from these people, who had been slaves for many years, at that stage of their moral development. A look at how they acted in the book of Judges shows what they were like, the book ending by saying that: ‘… every man did that which was right in his own eyes’ (Judges 21:25).” (See Ray’s Article, What About "An Eye for an Eye"?)

“The Pharisees also came unto Him (Jesus), tempting Him, and saying unto Him, Is it lawful for a man to put away his wife for every cause? And He answered and said unto them, Have ye not read, that He which made them at the beginning made them male and female, And said, For this cause shall a man leave father and mother, and cleave to his wife: and they twain (two) shall be one flesh? Wherefore they (husband and wife) are no more twain (two), but one flesh. What therefore God hath joined together, let no man put asunder. They say unto Him (Jesus), Why did Moses then command to give a writing of divorcement, and put her away? He saith unto them, Moses because of the hardness of your hearts suffered (permitted) you to put away your wives: but from the beginning it was not so.” (Matthew 19:3-8)

Here, Jesus is not contradicting Moses or His Father, but is speaking against the people’s lack of understanding concerning the purpose of the Law. He’s simply saying that the Law concerning divorce was never a part of God’s original design for mankind. It was never a part of God’s eternal Law of love. The law concerning divorce was an accommodation because of the hardness of our hearts, not an eternal principle of God’s justice. God knew how immoral we are, so He gave us what we wanted, what we could handle at the time, but along with stipulations and limits as a guide to lead us step by step into His righteousness and His way of justice – “Wherefore the Law was our schoolmaster to bring us unto Christ, that we might be justified by faith” (Galatians 3:24).

This same principle can be applied to “an eye for an eye.” According to Jesus, this form of justice is NOT God’s justice, but was also given to us because of the hardness of our hearts in how WE desire to deal with those who offend us.

“Ye have heard that it hath been said, An eye for an eye, and a tooth for a tooth: But I (Jesus) say unto you, That ye resist not evil: but whosoever shall smite thee on thy right cheek, turn to him the other also. And if any man will sue thee at the law, and take away thy coat, let him have thy cloke also. And whosoever shall compel thee to go a mile, go with him twain (two). Give to him that asketh thee, and from him that would borrow of thee turn not thou away. Ye have heard that it hath been said (by misguided teachers), Thou shalt love thy neighbour, and hate thine enemy. But I say unto you, Love your enemies, bless them that curse you, do good to them that hate you, and pray for them which despitefully use you, and persecute you; That ye may be the children of your Father which is in heaven: for He maketh His sun to rise on the evil and on the good, and sendeth rain on the just and on the unjust. For if ye love them which love you, what reward have ye? do not even the publicans the same? And if ye salute your brethren only, what do ye more than others? do not even the publicans so? Be ye therefore perfect, even as your Father which is in heaven is perfect.” (Matthew 5:38-48)

Please note how Jesus is explaining to us that it is not our Father’s character to retaliate against those who offend Him. Therefore, we will act the same if we permit His mind, character, and personality to dwell in us and shine through us.

Jesus displayed the Father’s character at all times:

“ ‘He (Jesus) committed no sin, and no deceit was found in His mouth.’ When they heaped abuse on Him, He did not retaliate; when He suffered, He made no threats, but entrusted Himself to Him (the Father) who judges justly. He Himself bore our sins (our abuse and rejection of Him) in His body on the tree (without retaliating against us), so that we might die to sin (be convicted and accept His grace and forgiveness) and live to righteousness (treat others the same way He does). ‘By His stripes you are healed.’ ” (1 Peter 2:22-24, Berean Study Bible)

Here, Peter tells us that when Jesus was being rejected and abused, He “did not retaliate; when He suffered, He made no threats.” Why? Because He “entrusted Himself to Him (the Father) who judges justly.” He submitted Himself to God’s way of justice and judgment which is ALWAYS mercy and truth:

“Justice and judgment are the habitation of thy throne: mercy and truth shall go before thy face.” (Psalm 89:14) 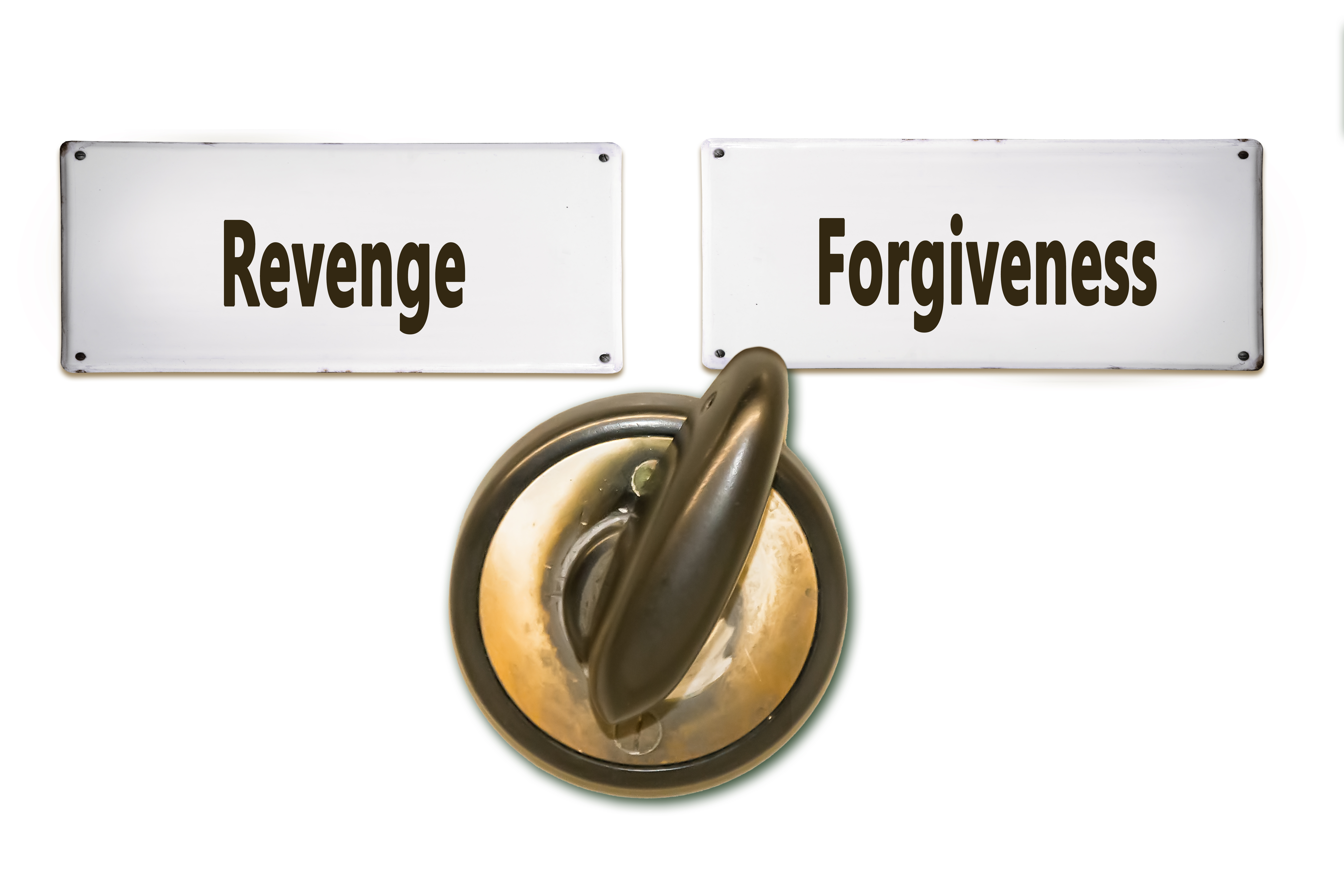 So, when we let God be “the judge” who determines the outcome, we will always love our enemies and bless those who hurt us.1 When God’s love is in us through the Spirit of His Son, we will begin to manifest that same mind, character, and personality:

“Let nothing be done through strife or vainglory; but in lowliness of mind let each esteem others better than themselves. Look not every man on his own things, but every man also on the things of others. Let this mind be in you, which was also in Christ Jesus.” (Philippians 2:3-5)

“And do not be conformed to this world, but be transformed by the renewing of your mind, that you may prove what is that good and acceptable and perfect will of God ... Be kindly affectionate to one another with brotherly love, in honor giving preference to one another … Bless those who persecute you; bless and do not curse ... Repay no one evil for evil. Have regard for good things in the sight of all men. If it is possible, as much as depends on you, live peaceably with all men. Beloved, do not avenge yourselves, but rather give place to wrath; for it is written, ‘Vengeance is Mine, I will repay,’ says the Lord (God’s vengeance is different than ours as Paul explains next). Therefore ‘If your enemy is hungry, feed him; If he is thirsty, give him a drink; for in so doing you will heap coals of fire on his head.’ Do not be overcome by evil, but overcome evil with good.” (Romans 12:2, 10, 14, 17-21, New King James Version)

It would be an evil thing to do for anyone to poke out another person’s eye. Paul says, “repay no one evil for evil.” So, if someone pokes out our eye, we are not to retaliate by poking out their eye. God never wants us to retaliate with evil, so obviously “an eye for an eye” is just an accommodating principle that IF you were to retaliate, do not take it too far and let the punishment, or discipline match the crime. And of course, this principle goes beyond that of literally poking out someone’s eye:

This is the Eternal Law of Love

The Law is there to deter us from doing any evil – if you don’t want someone to poke out your eye, then don’t poke out theirs. Jesus further explained:

“Therefore, whatever you want men to do to you, do also to them, for this is the Law and the Prophets.” (Matthew 7:12)

Always doing to others what you would want them to do to you, even when they hurt and offend you, has always been the eternal divine instruction of “the Law and the Prophets”:

1 If God’s judgment is always mercy, then Why Did God Command the Horrific Death Sentence of Stoning?