“And fear not them which kill the body, but are not able to kill the soul: but rather fear him which is able to destroy both soul and body in hell.” (Matthew 10:28)

It is assumed by many that the word “him” here is referring to God who will to destroy both body and soul in hell. Here are a couple of other translations:

“Don’t be afraid of those who want to kill your body; they cannot touch your soul. Fear only God, who can destroy both soul and body in hell.” (New Living Translation)

“Do not be afraid of those who kill the body but cannot kill the soul; rather be afraid of God, who can destroy both body and soul in hell.” (Good News Translation)

It’s interesting that the second translation mentioned is from the Good News Translation. Is it really good news that we are to be “afraid of God”? That He would get so angry that He would blot you from all existence? Aren’t we to serve Him out of love and not fear? Would you be happy if your children behaved only because they feared you would punish them, or even worse, abuse them? Is that a happy family? Or is it much better that your children behave because they love, respect and adore you? God never wants us to serve Him because we are afraid of Him. He desires only obedience motivated by love:

“There is no fear in love; but perfect love casteth out fear: because fear hath torment. He that feareth is not made perfect in love.” (1 John 4:18)

In Revelation 14:7 we read, “Fear God, and give glory to Him; for the hour of His judgment is come: and worship Him that made heaven, and earth, and the sea, and the fountains of waters.” This is a different kind of fear, a whole different experience to the believer. This is speaking about being awe-inspired by God and who He is as a being and in character. We are so awe-inspired by Him that we will love to serve Him:

“Let us hear the conclusion of the whole matter: Fear God, and keep His Commandments: for this is the whole duty of man.” (Ecclesiastes 12:13)

“Oh, taste and see that the LORD is good! Blessed is the man who takes refuge in Him! Oh, fear the LORD, you His saints, for those who fear Him have no lack! The young lions suffer want and hunger; but those who seek the LORD lack no good thing. (Psalm 34:8-10, English Standard Version)

“Behold, the eye of the LORD is on those who fear Him, On those who hope in His mercy; To deliver their soul from death, and to keep them alive in famine.” (Psalm 33:18)

Here is the Amplified Version of Psalm 33:18, 19 (words in brackets are in the original):

“Behold, the eye of the LORD is upon those who fear Him [and worship Him with awe-inspired reverence and obedience], on those who hope [confidently] in His compassion and lovingkindness, to rescue their lives from death and keep them alive in famine.”

Those who fear God are those who trust in His lovingkindness (mercy) to “rescue their lives from death.” We do NOT fear God because we are afraid that He will kill us!

“The Lord is not slack concerning His promise (concerning His second coming), as some men count slackness; but is longsuffering to us-ward, not willing that any should perish, but that all should come to repentance.” (2 Peter 3:9)

God is NEVER willing that ANY should perish. To say that God will kill those who have rejected Him is to say that He IS willing that SOME perish. Yet He is never willing, but will allow the sinner to choose their own fate, even if it means destroying themselves by unplugging themselves from God who is the ONLY source of life. Christ dying on the cross is a lesson to us all that God would rather be killed, than to kill.

Who is the “him” who will destroy both body and soul?

Well, if you were to look Matthew 10:28 up in the Greek you would see that the word “him” is not there. Instead you will see the Greek word τὸν (ho) which is simply the definite article “the.” In Greek this can carry the meaning of “one.” So it could be translated as: “fear the one who is able to destroy both body and soul in hell.” Notice the New International Version:

“For the LORD will pass through to smite the Egyptians; and when He seeth the blood upon the lintel, and on the two side posts, the LORD will pass over the door, and will not suffer the Destroyer to come in unto your houses to smite you.” (Exodus 12:23)

Who is this Destroyer? In the article entitled, Who Really Killed the Firstborn in Egypt?, we learn that this Destroyer is non-other than Satan. It is Satan who desires to destroy both body and soul, not God.

“Be sober, be vigilant; because your adversary the devil, as a roaring lion, walketh about, seeking whom he may devour.” (1 Peter 5:8)

Satan is the one who has the power of death:

“Now since the children have flesh and blood, He (Jesus) too shared in their humanity, so that by His death He might destroy him who holds the power of death, that is, the devil, and free those who all their lives were held in slavery by their fear of death.” (Hebrews 2:14, 15, Berean Study Bible)

There could also be other words, besides the word “him” to use for the Greek word ho. The NAS Exhaustive Concordance of the Bible gives us some ideas. I have highlighted a few:

It could definitely be translated as:

In fact, that latter example is what we find in the following verses, also from the book of Matthew:

“But those things which (ho) proceed out of the mouth come forth from the heart; and they defile the man.” (Matthew 15:18)

Jesus says there are “things which” defile a man. What are these things? Notice verses 19 and 20:

“For out of the heart proceed evil thoughts, murders, adulteries, fornications, thefts, false witness, blasphemies: These are the things which (ho) defile a man.”

Are these not the things which will keep people outside of God’s kingdom?

“Now the works of the flesh are manifest, which are these; Adultery, fornication, uncleanness, lasciviousness, Idolatry, witchcraft, hatred, variance, emulations, wrath, strife, seditions, heresies, envyings, murders, drunkenness, revellings, and such like: of the which I tell you before, as I have also told you in time past, that they which do such things shall not inherit the kingdom of God.” (Galatians 5:19-21)

“Blessed are they that do His Commandments, that they may have right to the tree of life, and may enter in through the gates into the city. For without are dogs (those of low moral character), and sorcerers, and whoremongers, and murderers, and idolaters, and whosoever loveth and maketh a lie.” (Revelation 22:14, 15)

Another example of the Greek word ho is found in Matthew 22:

“And He saith unto them, Whose is this image and superscription? They say unto him, Caesar's. Then saith He unto them, Render therefore unto Caesar the things which are (ho) Caesar's; and unto God the things that are (ho) God's.” (Matthew 22:20, 21)

So, with all this in mind, we can see that Satan is THE destroyer who holds the power of death and seeks to destroy us – both body and soul. He doesn’t just want to kill us (kill the body), he wants to make us eternally extinct, without any hope of a future resurrection (kill the soul). He does this by deceiving us into loving the pleasures of sin which lead to self-destruction (Romans 6:23; James 1:14, 15); for “the soul that sinneth, it shall die” (Ezekiel 18:4).

Let us not be deceived into distrusting our heavenly Father, believing He is a vengeful abusive tyrant who we need to be afraid of. Instead, “fear those things (sinful pleasures) which are able to destroy both body and soul in hell” and depart from them.

“Don't be afraid of those who can destroy the body: they cannot touch your psyche, your mind, your individuality. Rather, be afraid of unremedied sin, which destroys both body and mind and results in eternal destruction. Think of a sparrow: one is sold for less than a penny — considered by people as almost worthless — yet not one sparrow falls to the ground without touching the heart of your Father in heaven. You are so much more precious to Him! He even knows the number of hairs on your head. So don't live in fear, for you are worth infinitely more than a sparrow.” (Matthew 10:28-31, The Remedy Bible)

In Luke 12:5 it is worded a little differently:

“But I will forewarn you whom ye shall fear: Fear him, which after he hath killed hath power to cast into hell; yea, I say unto you, Fear him.” (Luke 12:5, King James Version)

Here it is in the New Living Translation:

“But I’ll tell you whom to fear. Fear God, who has the power to kill you and then throw you into hell. Yes, He’s the one to fear.”

The Greek word translated “whom” here is τίς (tis) which again can mean, “who, which, what, why, etc.” The first occurrence of the word “him” in the King James is not in the Greek, but implied by the translators, as is the word “God” in the New Living. The word “he” is not there, but implied by the translators. The second occurrence of the word “him” or “he” is the Greek word, τοῦτον (touton) which means, “this, he, she, it, that, this, etc.” Here’s an alternate and more accurate translation which is in harmony with the rest of Scripture concerning the character of God:

“But I will forewarn you what ye shall fear: Fear those (sinful) things which kill and hath power to cast into hell; yea, I say unto you, Fear this.”

Here’s how it appears in the Remedy Bible:

“But I will tell you what you should fear: Fear unremedied sin, which not only damages your body but sears your conscience, warps your character, and has the power to throw you into a miserable hell. Yes, this you should fear.” 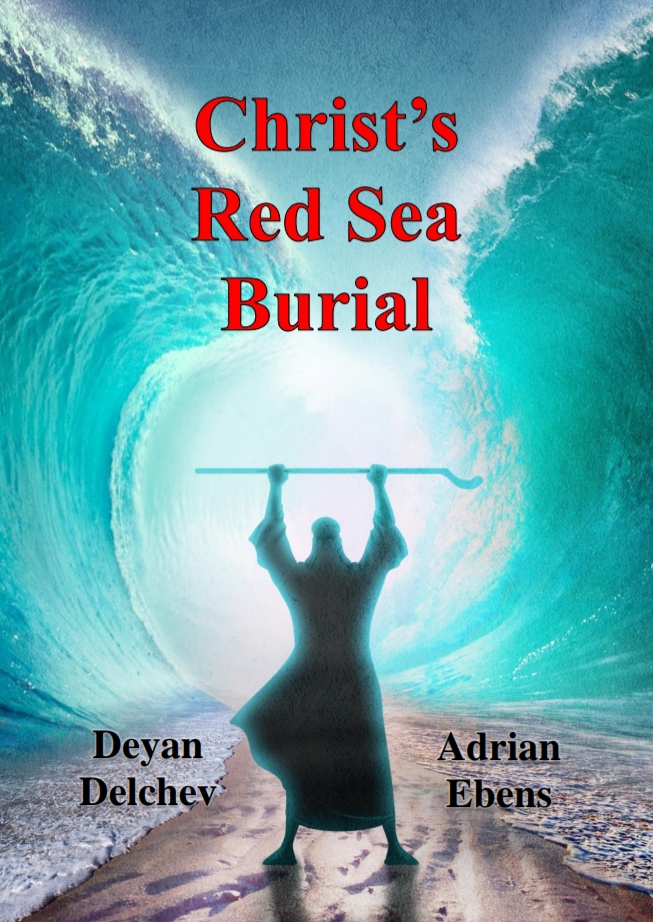